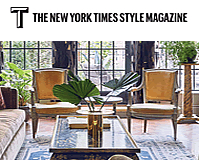 We’ve been featured in the New York Times! The article is reproduced below.

Billy Cotton’s unapologetic love of luxury, in other words, is free of pretense. He, like the owners of this penthouse (Boston-based doctors), is “too Yankee for that,” Cotton says. “They, and I, disdain preciousness of any kind.” But where in the past his work — industrial design and otherwise — was about adding layers to provide interest, now “it’s how can we make something feel opulent with reduction?”

‘I love when really exquisite objects are treated in an unprecious way — like toddlers eating off the Limoges! Use it every day, until it’s worn and chipped. That is luxury to me.’

Cotton, unsurprisingly, dislikes the current open-kitchen craze. “Our concept of luxury is this idea that the kitchen, which by its very nature is a trash bin, becomes the centerpiece? I have a real conflict with that,” he says. Apart from the cooking smells and greases floating around the apartment, “A kitchen is about function, and it’s counterintuitive for me to expose this very functional element.”

Nevertheless, the original kitchens were narrow, unpleasant galleys (one has been turned into a walk-in closet), so Cotton had to get over his bias to allow his clients, who entertain frequently, the space they needed to cook; efficiency was essential. The result is the apartment’s most ingenious flourish: When looked at head on, the open kitchen has the appearance of a constructivist backdrop, with virtually everything artfully hidden. (Even dirty dishes are unseen by guests, behind the one wall by the sink.) “The challenge was the push and pull between exposed and not exposed,” Cotton says. “And the solution was that if we stripped all decoration off, maybe it would just disappear.”

Cotton describes himself as a yes man — not in the fatuous sense, but as someone who will take on any job, “then figure out how to do it. I probably should have avoided some things,” he concedes with a laugh, “but failure has also brought my skills up front.” His first major success, a line of eponymous dinnerware in 2011, became a global hit in less than a year. “Industrial design is about human experience, the user, how somebody holds an object,” Cotton says. “And it’s about the process of getting there. So my thinking has built up from the plate.”

Where in the past Cotton’s work was about adding layers to create interest, now ‘it’s how can we make something feel opulent with reduction?’

The penthouse, a project begun three years ago, was the first step in his less-is-more philosophy, with noted help from the owners. Cotton points to the ornate gold mirror, original to the apartment, that hangs over the golden-­brown velvet sofa. (Cotton’s take on the fully upholstered Tuxedo, an homage to a master of simple elegance, Billy Baldwin, who popularized the sofa style in the ’30s.) “I’m pretty sure the whole room was paneled with mirrors,” Cotton says. His first impulse was to redo the boiserie of the whole place. “My clients pulled me back from that edge,” he says with a small smile.

The couple had bought the apartment for its wraparound terrace (one is a passionate gardener), and the original intention was to create a wall of windows to bring the outside in. New York building codes ultimately prevented such massive change to the building’s facade, and in the end the steel Clement windows and doors are a better fit with the Art Deco architecture. They — as well as the new parquet floors and the matching, back-to-back fireplace mantels, remnants from the Plaza Hotel — were key in uniting the two apartments as one. The light fixtures on the mantels, modern takes on the original gas fixtures, were designed by Cotton “with the cheapest parts.”

Such scrappy inventiveness is visible everywhere. The utilitarian, Cotton-­designed shelving that brackets and restrains the pomp of a Verdure tapestry in the master bedroom, for example, includes corded glass at bed level, a nod to Maison de Verre in Paris. They are meant to hide life’s detritus, but on this day a box of tissues sits on the wrong side. “They haven’t followed my instructions,” Cotton says, moving it behind the glass. He rolls his eyes in mock frustration.

The rooms include tips of the hat to many of Cotton’s lodestars, such as the gray of the living and dining room walls, inspired by Wedgwood drabware, or the tassel that hangs from the Noguchi pendant in the style of Italian designer Carlo Mollino, or the cloth-covered block feet of the monochromatic beds, first spied in a room decorated by Renzo Mongiardino. You can feel the ergonomic blueprint of industrial designer and fellow architectural autodidact Jean Prouvé in the graceful lines and comfort of his teal leather dining chairs.

But what Cotton has created with this penthouse, just half a decade after he began decorating, is an aesthetic that goes beyond obeisance. It’s a minimalist maximalism — call it Yankee Baroque — entirely his own. For someone so new to decorating and architecture, he is remarkably adept at creating character, at balancing visual beauty with high-functioning livability. “My career really began because I love buying old things,” Cotton says, and he still has the canny eye of a flea-market picker, as many of the pieces in this apartment prove. “I probably shouldn’t tell you this,” he says, “but the chinoiserie coffee table in the living room? I found that on the street in front of the building.” He pauses for a beat. “I think those days are over.” 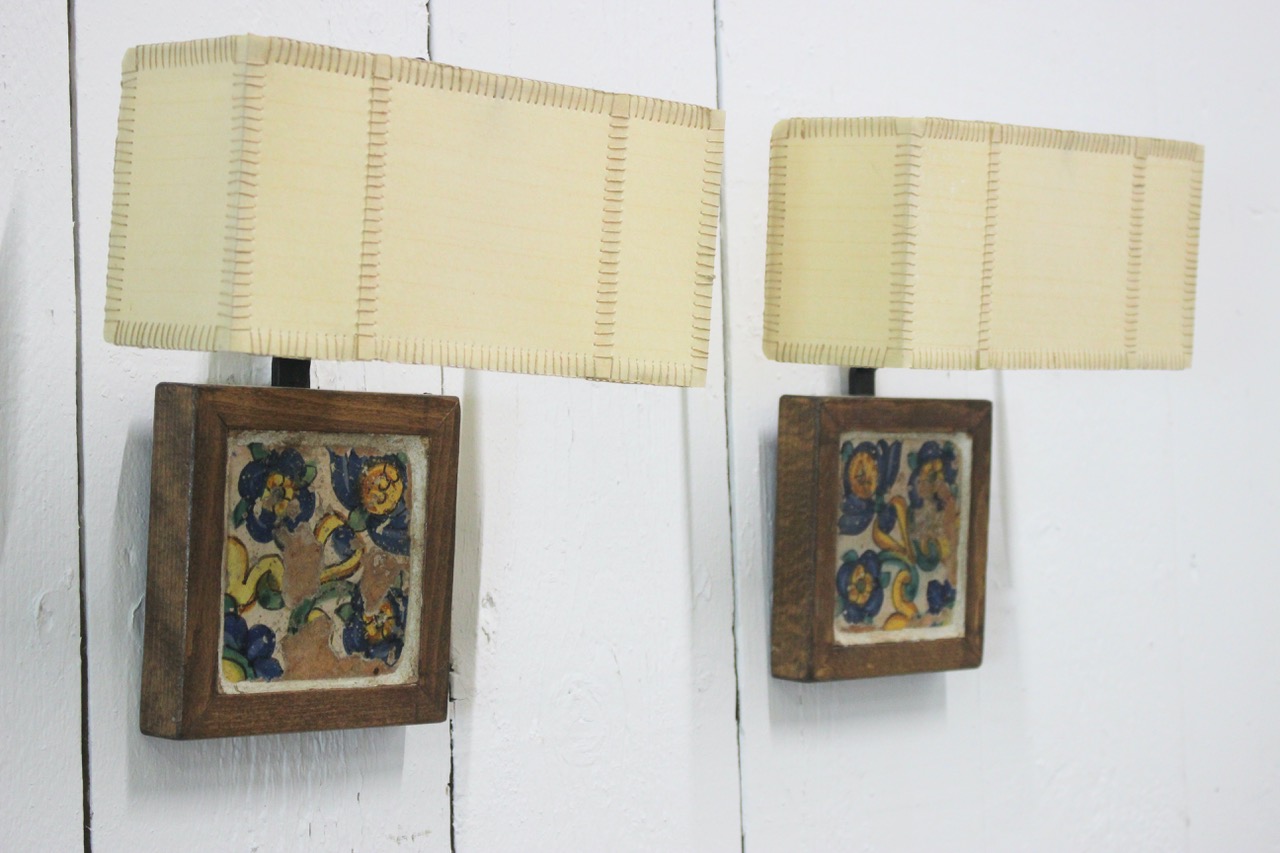 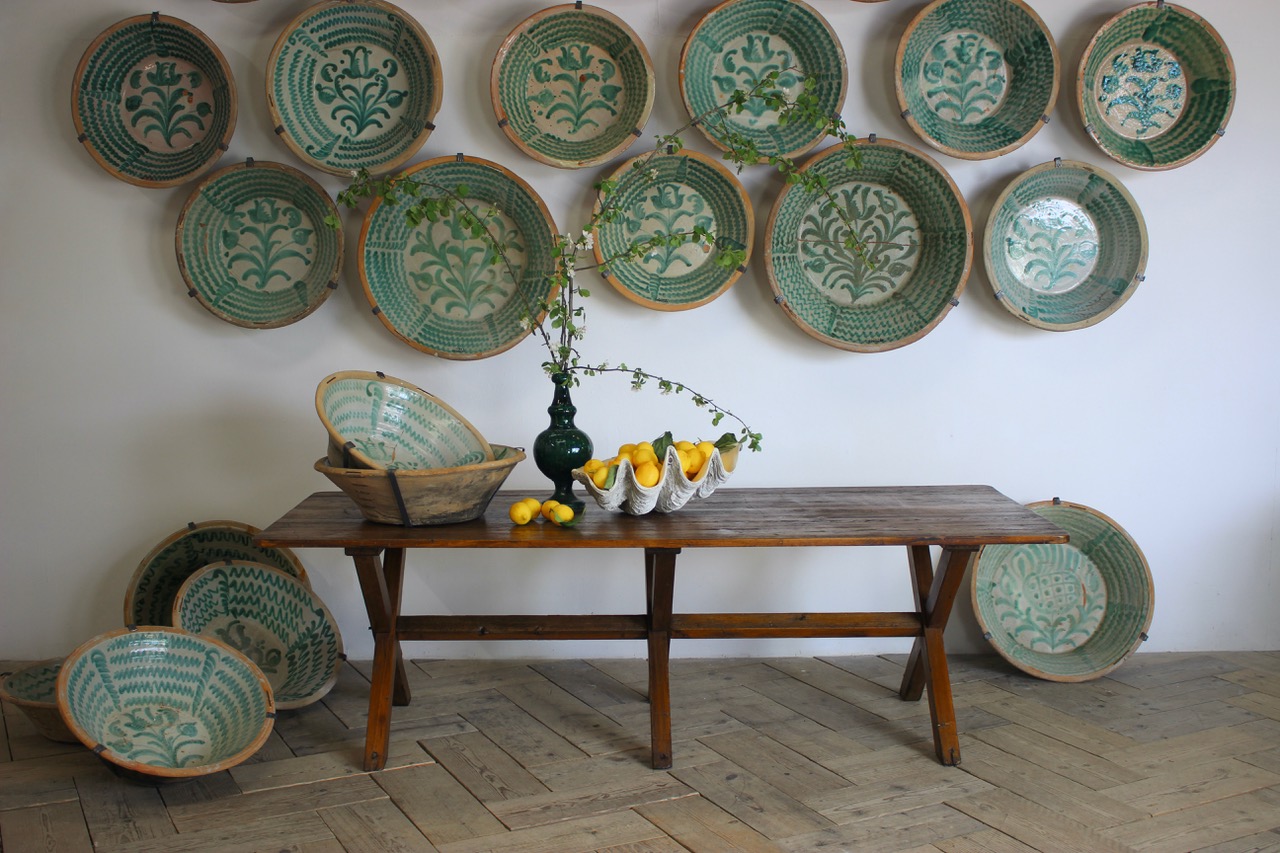